After some turtle nest protectors were removed in the community, a local turtle protection group is spreading the word about how they’re “essential to the survival” of the species

The Halton Hills Turtle Guardians are reminding the public about the importance of turtle nest protectors after some of the structures installed around town went missing.

The protectors - essentially a wood frame with wire mesh over top - are made by local volunteers and the Town of Halton Hills to keep turtle eggs safe from predators after they’ve been laid.

The Guardians group is made aware of nesting females around town and watches over them during this process before placing a protector over the area.

With nesting activity peaking right now, Turtle Guardians founder Peter Duncanson is stressing the importance of leaving the protectors alone to do their crucial job.

“Most unprotected turtle nests are predated the first couple of nights after they are laid,” he said. “These boxes are essential to the survival of our turtles.” 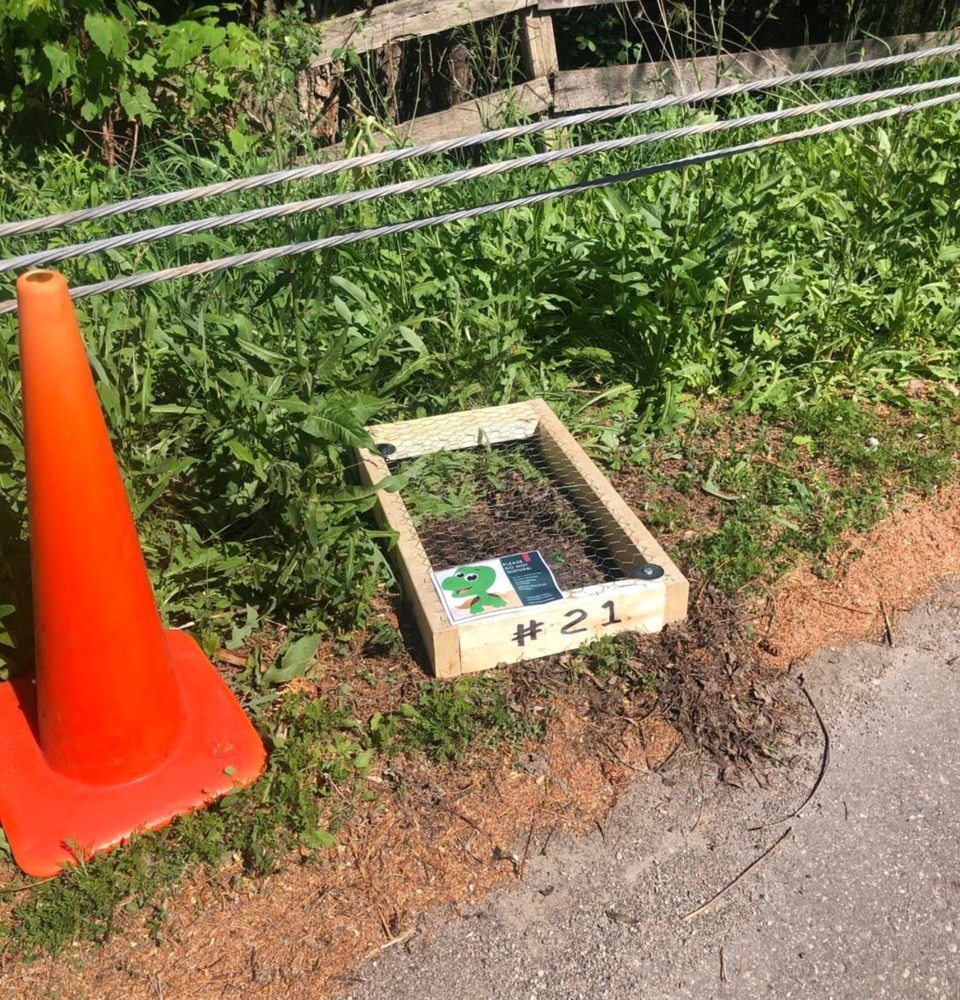 The Acton man noted that all of Ontario’s turtles are species at risk and some are endangered, with Halton Hills being home to turtles that fall in both categories.

“It is illegal (under the Endangered Species Act) to harm their nests in any way,” he said.

Predation of turtle nests - largely by skunks and racoons - is one of three main causes behind the rapid decline in turtle populations across Ontario, explained Duncanson, with loss of habitat and road fatalities also contributing.

As the summer progresses, the female turtle’s scent slowly dissipates from the nest and predation slows down.

The nest protectors have openings so that the baby turtles can get out once they hatch, typically leaving the nest in mid-September.

Local residents who see a female turtle nesting can contact the Halton Hills Turtle Guardians through their Facebook group, or by calling 311.