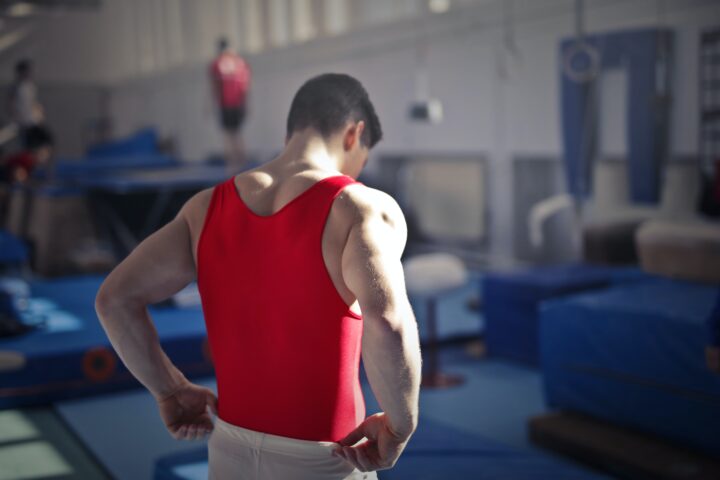 Loss and uncertainty have been constant themes during the the COVID-19 pandemic. The constant presence of these themes has been menacing and detrimental to our collective mental health. The pandemic’s influence has seeped into every aspect of our lives and impacted everyone to varying extents. But as we’ve seen when it comes to health outcomes, financial support, and vaccine uptake, immigrants have fared worse than the rest of the population.

According to a registered psychotherapist, Dayana Romero, depression can be more common among immigrants due to the “the severe changes that occur in their everyday environment.”

But even people who are “well off” have struggled to manage their mental health throughout the pandemic.

In sports, when I hear the phrase: “takes a step back” in reference to athletes, I picture them getting ready to spring into action. I imagine Canadian tennis star Bianca Andreescu taking a step back to wind up for a serve at the U.S. Open. I think about seven-time-Olympic medalist, Simone Biles, taking a step back before launching into some jaw-dropping aerial feat.

But increasingly athletes are taking a step back to take care of their mental health. Last May, Japan’s Naomi Osaka withdrew from the 2021 French Open after her decision not to do media interviews to prioritize her mental health created a whirlwind of controversy. Later that year she took a break from the sport indefinitely before returning to competition this April. Osaka wrote about her mental health in an article in Time.

Andreescu also recently returned to tennis after a four-month mental break. The 21-year-old from Mississauga said she needed time to “re-set, recover, and grow” after two difficult years of the pandemic, which included a health scare for her grandmother and her own bout with COVID-19. Weeks of isolation affected Andreescu physically and mentally, she revealed on Twitter.

“A lot of days, I did not feel like myself, especially while I was training and/or playing matches … I could not detach myself from everything that was going on off the court.”

Andreseecu’s message was broadcast to hundreds of thousands of people through her various social media. And as an international tennis star, the announcement garnered media coverage around the world. I commend Andreescu for prioritizing herself and taking time away from the sport she loves and has dedicated so much of her life to in order to address her mental health. But what I admire even more is her decision to talk openly about mental health.

One in five Canadians will experience a mental illness in any given year, according to the Centre for Addictions and Mental Health (CAMH). CAMH also reported that one-in-two people will have a mental illness by age 40. Interestingly, 75 per cent of people said they would be reluctant — or would refuse — to disclose a mental illness to an employer or co-worker. However, 76 per cent stated that they’d be comfortable with and supportive of a colleague with a mental illness.

Bell’s #LetsTalk initiative has its critics, and rightfully so, but the annual fundraiser has done a decent job of increasing awareness about mental health in Canada. If nothing else, the #BellLetsTalk day encourages Canadians to have conversations about mental health — or at least not be afraid to — and it helps facilitate an environment where that’s normal other than the day it’s observed.

One of the first people to champion the #BellLetsTalk campaign was Olympic champion, cyclist and speed skater, Clara Hughes.

The iconic status we give athletes means they have a huge platform, so conversations around mental health have the capacity to reach a large audience. Hughes and Andreescu’s struggles with mental health mean that no level of success can provide a safeguard against pervasive thoughts and feelings. It also means that experiencing mental health challenges doesn’t mean someone is incapable of achieving greatness.

Just ask the most decorated Olympian of all time, Michael Phelps.

Mental health and the pandemic

Phelps has openly discussed his mental health. He admitted that even during the height of his illustrious career, he was battling anxiety, depression. and suicidal thoughts. Last year, the American swimmer told Insider that his mental health has been “scarier than it’s ever been” during the pandemic.

He said he was lucky to have access to recreational facilities, spend more time with his family, and work on a passion project to help him cope. Few people are as privileged as Phelps is and presumably haven’t fared as well.

It makes sense that the pandemic has caused people’s mental health to deteriorate. Many of the things that give people’s lives joy and meaning have been significantly limited during this time: some people lost loved ones and haven’t been able to properly mourn and some have lost jobs that were not only a source of income but contributed to their sense of self and self-worth, capacity limits and social distancing have kept us from friends and celebrations. Physical activity is one of the simplest ways to improve mental health but access to certain activities has been reduced.

Not to mention the anxiety brought on by the uncertainty surrounding all the aforementioned things, on top of fears associated with contracting the virus.

Findings from a StatsCan survey indicate that the percentage of Canadians aged 18 and older who screened positive for symptoms of depression, anxiety or posttraumatic stress disorder (PTSD) in spring 2021 was 25 per cent, up from 21 per cent in fall 2020. Among those who screened positive for at least one of those mental health disorders, 94 per cent reported experiencing one or more impacts related to the pandemic, compared to 64% of Canadians who didn’t screen positive for any of the three.

Kids Help Phone says the number of calls and texts they receive has doubled since 2019.

Mental health is a safety issue

Getting support for a mental illness and taking steps to improve one’s mental health can be the difference between life and death.

When Biles withdrew from five events during last summer’s Olympics in Tokyo, she said she was experiencing “the twisties,” the phenomenon when an athlete loses their orientation in the air. Biles said she suspects her twisties were the result of the buildup of various issues she’s faced over the last several years, including testifying in an F.B.I. investigation into sexual assault allegations against her former coach, Larry Nasser, herself being one of the victims.

Biles said she didn’t feel safe to compete. Given the gravity-defying moves Biles is famous for, and the very real possibility for catastrophic injury resulting from the slightest miscalculation in gymnastics, if there was any doubt in her mind about her ability to perform these feats safely given her mental state, then she was right to step away.

Earlier this year, Manchester United great, Wayne Rooney, admitted that he struggled with alcohol abuse early in his playing career. Rooney said he drank excessively in order to cope with his struggles. He admitted that sometimes he’d drink and drive, and he worried that his habit could end with him killing a bystander or himself.

Last fall, Montreal Canadiens goaltender Carey Price took time away from his team to enter himself into the NHL/NHLPA Assistance Program. Price said he entered a residential treatment centre for substance use stemming from years of “neglecting my own mental health.”

In a statement released on social media about his decision, Price said, “Asking for help when we need it is what we encourage our kids to do, and it is what I needed to do.”

People’s attitudes towards athletes and mental health are important factors in this conversation.

Shame is a big part of the reason why people are silent when it comes to talking about their mental health. The real shame is that people are quick to pass harsh judgements and that they aren’t more empathetic towards each other. Shame perpetuates silence and silence impedes action.

I was stunned when I saw Michael Jordan holding back tears during moments of The Last Dance, the remarkable 10-part documentary detailing his legendary NBA career. There were some equally surprising and tender moments in Neymar Jr’s three-part documentary, Neymar: The Perfect Chaos.

I think the fact that these moments caught me off guard is part of the problem. Athletes talking about, displaying, or having emotions shouldn’t come as a surprise because they’re humans like the rest of us.

Perhaps because we put athletes on such a high pedestal we think that they must be impervious to the same things as we are. Or that because of their status they deserve the vitriol we feel entitled to dish.

In a conversation between Phelps and Osaka, he told her, “that by speaking up I may have saved a life.” She responded, “If that’s true, then it was all worth it.”

I agree. It’s always worth it to take a step back to address your mental health and to be honest with those you trust about what you’re experiencing.

To borrow Andreescu’s words, “I know by doing this, I will come back stronger than ever.”

This story was mentored by Paula Arab.