A program offering $250 bursaries to help children access community sports programs has launched a Halton branch, with the support of funding from the federal government.

Making the announcement yesterday (Jan. 23) at Sixteen Mile Sports Complex in Oakville, Parliamentary Secretary to the Minister for Heritage (Sport) and Milton MP Adam van Koeverden said ensuring more kids get involved in sport was one of the reasons he became active in politics.

The double Olympic medallist in canoe sprinting said too many kids suffered from a lack of access to sport during the COVID-19 pandemic restrictions and lockdowns, which had a "devastating" effect on their mental and physical well-being.

"It is a matter of health equity and human rights, in fact, to make sure that physical activity and recreation are part of the daily life in Canada," he said. "Unfortunately, despite the fact that we are one of the wealthiest countries in the world, our kids are some of the most sedentary in the world." This situation worsened over the course of the pandemic. 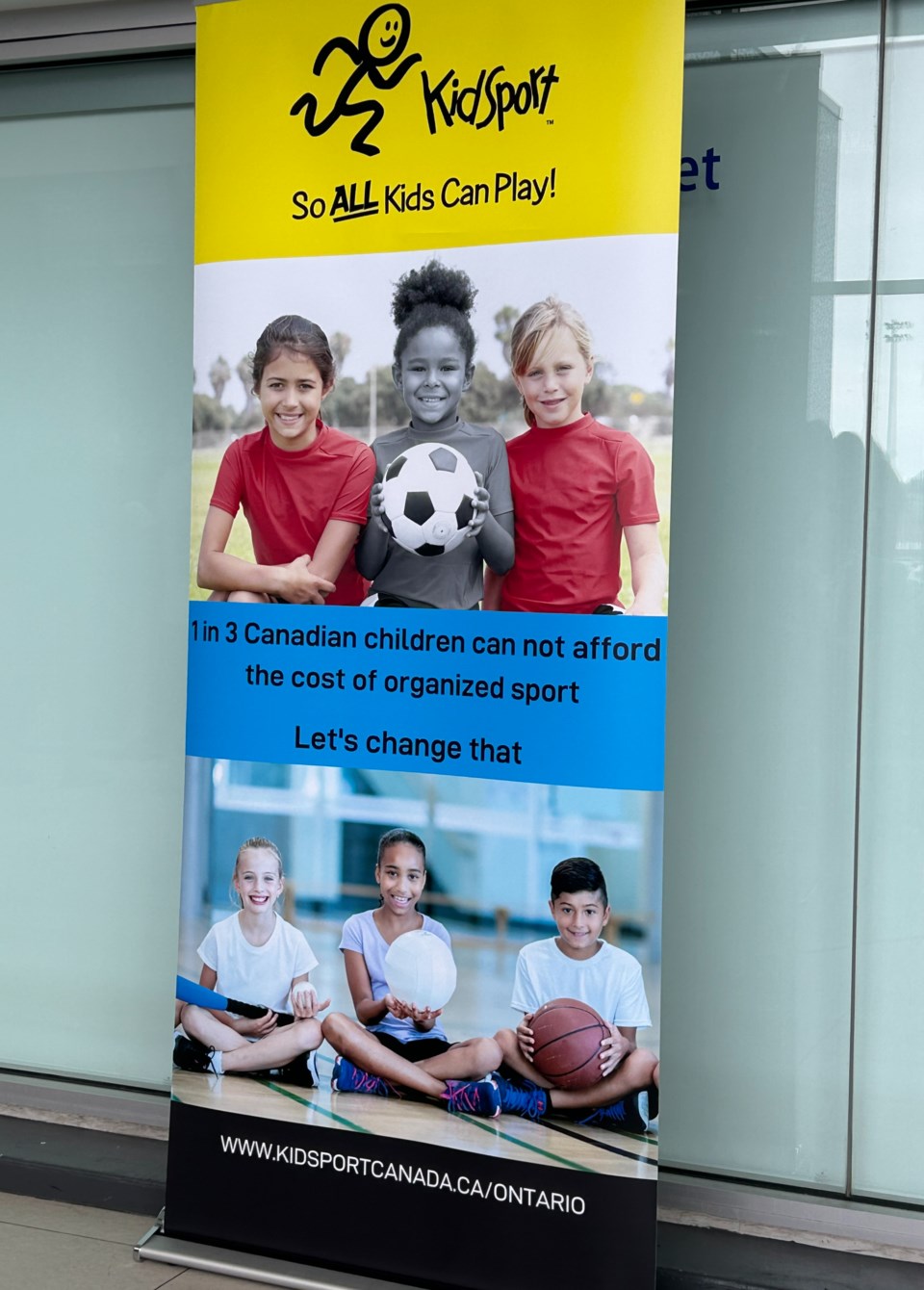 He said the government has a responsibility to ensure barriers to sport are reduced for all children, and that he had benefited from funding support for his own training when younger, and it changed his life.

KidSport Canada received $4.8 million last summer as part of the government's Community Sport for All initiative, which has promised up to $80 million over two years, distributed around the country.

Van Koeverden noted KidSport had been less active in Ontario and that had to be rectified.

Some $250,000 of the KidSport Canada funding will be used to open 10 new chapters across Canada. In Halton, $63,653 in sports funding has been committed to 13 organizations across the region for community activities.

KidSport Ontario program manager Sara Restani said they try to help as many children as possible.

"We opened a new chapter in Kingston; the Halton Region chapter is our second new chapter here in Ontario," she said. "It is one that's near and dear to my heart. I am a Halton resident in (Damoff's) riding and I have been involved in community sport here for almost 25 years."

She added: "No community is immune from kids in low-income situations; we are no different than any other community in the country. So we want to make sure, through this funding, through opening a new chapter here in Halton Region, that we are reaching the kids who need it most. We are going to work with the community sport clubs in the region so they know they can bring those kids into their programs."

Restani noted the funding will be available starting Feb. 1.

"The first child who applies, we are going to be able to fund," she said. "This chapter is going to service every sport in the region; no sport is going to be off limits."

Van Koeverden said the announcement dealt with about 10 per cent of the total allocation from the Community Sport for All initiative.

"It's a new program," he said. "The federal government has never funded community-level sport before; it's traditionally been considered more of a municipal or provincial thing."

He said registration fees are just one of the barriers to youth participation in sport, with travel and the long Canadian winter season also being considerations.

But, he added: "The one that is most challenging to confront is the social-cognitive-behavioural barriers — people not feeling like they belong. People not developing their physical activity young enough to have that affinity for physical activity to establish. So we tried really hard to make sure the Community Support for All initiative was funding programs addressing all those barriers across the board. It's a pilot project, so it is not meant to solve the problem entirely, but KidSport is one of those organizations that really does it all."

INSIDE THE VILLAGE: Young lotto winner determined ‘to give back to community’
Feb 3, 2023 9:22 PM

About the Author: Tania Theriault

Get Connected to the Village Media Network!